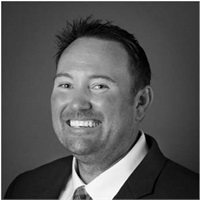 Josh became an independent insurance agent in 2014 after spending many years in the claims department at Farmers Insurance.  His claims experience and desire to assist families, and businesses with their insurance needs, has helped him become a highly recommended insurance agent in his community.  Josh was born and raised in San Antonio, Texas and graduated from St. Edward’s University in Austin, and then continued on to get his Masters from Texas State University.  Josh played baseball in college and still holds the NCAA record for hitting five homeruns in a seven inning game!  Josh, his wife Ashley, and their two dogs relocated to Denver in 2016.  They love calling Denver home.  You can often find them exploring neighborhood coffee shops and breweries or cheering for the Rockies at Coors Field.